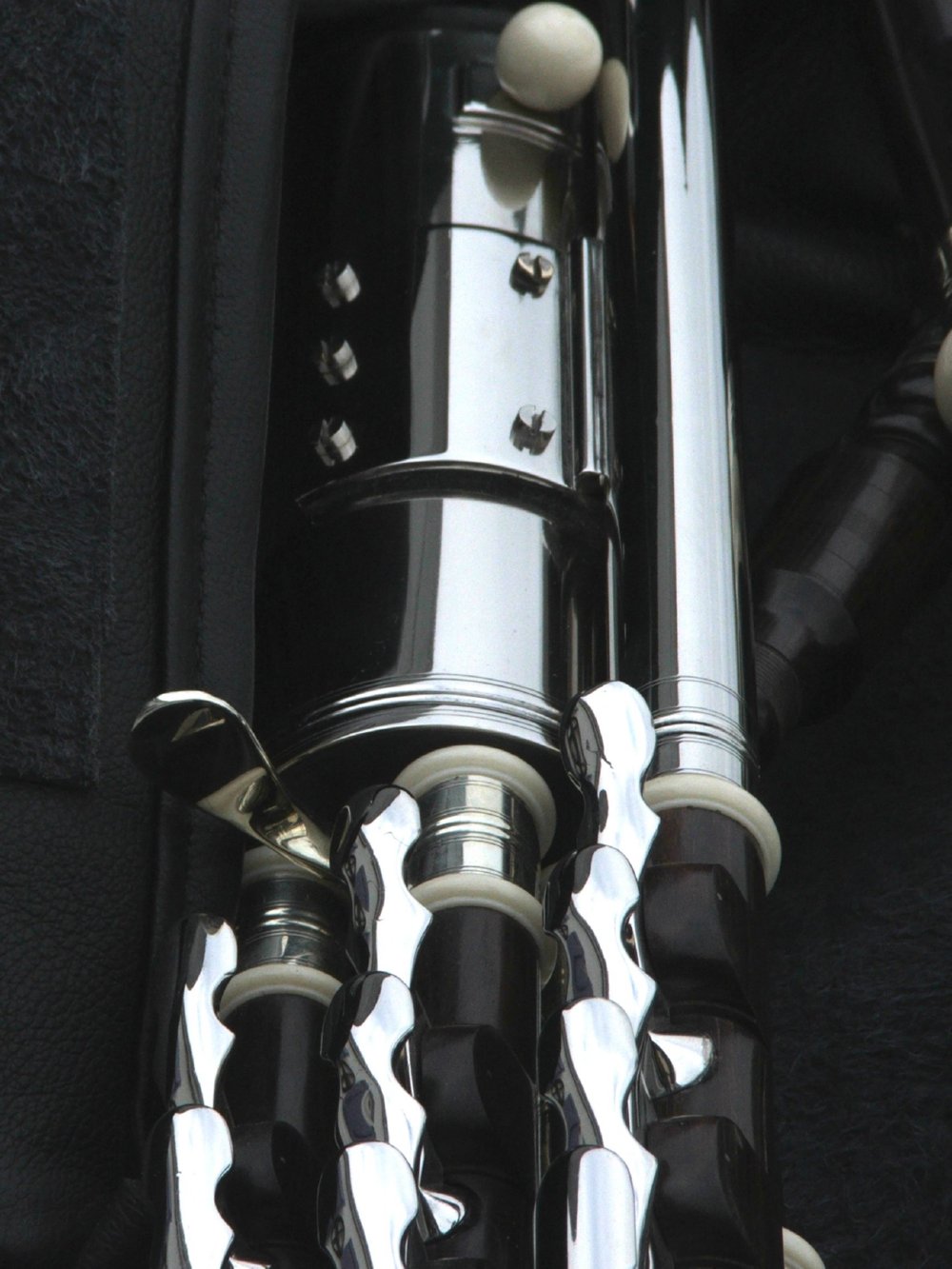 The following guidelines apply generally to tuning all kinds of drone reeds.

a) The shorter the tongue the higher the pitch.

b) The thinner the tongue the higher the pitch.

c) The longer the tongue the lower the pitch.

d) The thicker the tongue the lower the pitch.

e) The pitch can be lowered by placing a very small weighting device, such as wax, on the end of the cane tongue. The kind of wax which is found covering some cheeses is very handy and should be kept for this sort of job. Any kind of ‘weighting’ device on the end of the tongue will have the desired effect. A very small amount will suffice. You can also scrape some dust off the root of the tongue (see ‘Squealing Reeds ‘c’) .Strip a few turns of hemp off the reed thereby effectively lengthening the tongue. ‘Weighting’ the end of the tongue can also have the effect of steadying a temperamental reed, which is for example wavering too much with slight pressure variations, or double toning.

f) The pitch can be raised by trimming the thickness of the tongue at the thick end. This will also make a ‘lighter’ and ‘brighter’ reed. You can raise the pitch by tying on one or two more turns of hemp/thread thereby shortening the length of the vibrating tongue.

g) To make a stronger reed raise the pressure gap by any of the methods described previously e.g. under ‘Clapping’. You can also try wrapping the thread on tighter.

h) To make a lighter reed carry out one of the following:-

Decrease the pressure gap. This can be done by lightly wrapping the hemp onto the tongue. You will have to strip a few turns off first of all and then re-wrap lightly. Take one or two turns of hemp off the root of the reed, this will also lower the pitch of the reed. Scrape some ‘dust’ off the root of the tongue. This will also lower the pitch. See ‘SquealingReeds’ c) ‘Tuning Problems’ and ‘Clapping’.

i) If you have to mess around too much with a particular tongue, it may be best to simply try a new one, as they do get fatigued with too much adjustment. The Saxophone/Clarinet reeds I use for tongues are cheap enough so it does not matter.